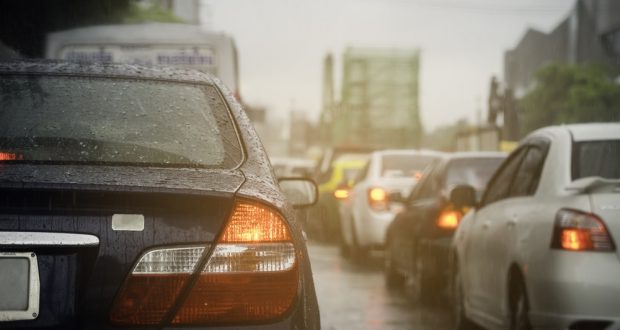 New analysis has revealed the average price for fully comprehensive car cover climbed by 2.5% in the third quarter of the month (the period from June to September) than in the second quarter (from March to May).

Indeed, the data from MoneySuperMarket suggests the average driver would now be paying £412 at the end of September compared to £402 in June.

Car insurance premiums fell at the start of the year, during the lockdown, when fewer motorists were on the road.

But now, as more people hit the roads to get to offices and other workplaces following the loosening of restrictions, the premiums have begun travelling upwards again.

Despite this, prices were still down by 10.4% – equivalent to £48 – compared to this time last year.

Kate Devine, car insurance expert at MoneySuperMarket, said: “Following significant drops in average premiums prices at the start of the year, prices might be on the rise as the economy re-opens and more of us return to our cars.

“Regionally, we continue to see big differences in costs with cities like London seeing higher premiums than more rural places such as the South West.

“This is because insurers factor in a driver’s location when pricing policies – so if you’re in a built up area, you’re perceived as having higher exposure to accident risk.

“Age, too, also has a bearing, with drivers aged 40 plus seeing the biggest premium increases. This is probably due to older drivers being on the roads more, which increases their risk factors.

All other age groups saw price rises, with drivers aged 40 to 49 seeing the highest quarterly premium increases of 1.8%, equivalent to £7.

Kate added: “The good news is that wherever you live and whatever your age group, it’s quick and easy to save money on your car insurance.

“To avoid higher costs, make sure you don’t let your policy auto-renew and shop around for the best deals early – doing so could save you up to £253.”

You can find out more about MoneySuperMarket’s car insurance rewards program  here.

MICHELLE SMITH 4 weeks ago
previous post next post
We use cookies to ensure that we give you the best experience on our website. If you continue to use this site we will assume that you are happy with it. Ok