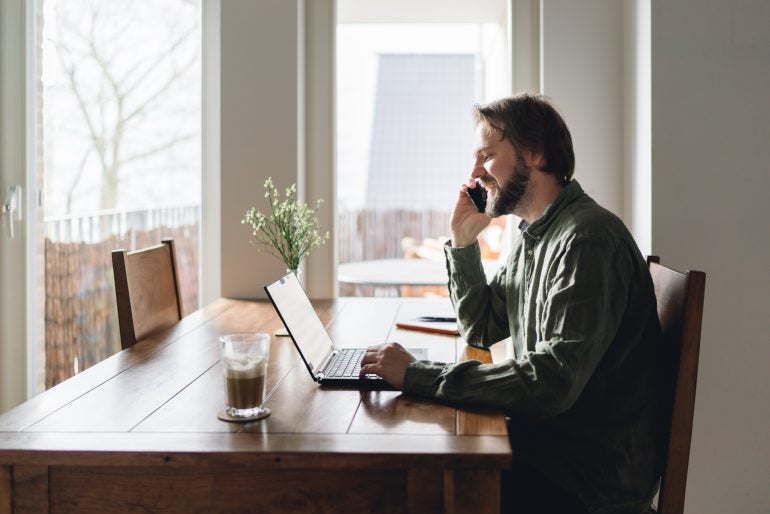 The Freelancing Boom May Change How You Buy Life Insurance

Younger generations seem to have a knack for disrupting the status quo, and life insurance may be next on the list. As Generation Z and millennial workers challenge the concept of a traditional career and drive an increase in freelancing, the role of workplace group life insurance in long-term financial plans is likely to change.

Freelancers understand that they need to take 100% responsibility for their finances, says Jessica Lepore, founder of Surevested, a New York-based life insurance agency. “It's not all packaged like if you were to work for a corporation.”

Many people in their 40s and 50s depend on life insurance provided through an employer, says Grant Dunn, vice president of financial services at Lakenan, an insurance brokerage in St. Louis. But younger generations prefer to look for coverage outside the workplace, he says. Last year, life insurance application activity grew more than twice as fast for Americans 44 and younger compared to those 45-59, according to MIB Group, an information-sharing service for insurers.

“They're going more to outside markets rather than just trusting what they have through their employer, because they know that their employer is going to change a lot in the next 30 years,” Dunn says.

Younger workers typically do not stay at jobs as long as older workers, the most recent data from the Bureau of Labor Statistics shows. In January 2020, median job tenure was 2.8 years for workers 25 to 34 years old, compared to 9.9 years for workers 55 to 64.

Workers can’t always convert group life to an individual policy to avoid losing coverage when they leave a job. “What I would suggest to millennials that plan on job-hopping around is just get it outside of your employer so you don't have to worry about it,” Dunn says. This is perhaps even more necessary for long-term freelancers, who do not have an employer to provide coverage.

Plus, basic group life insurance may be free to employees, but it often tops out at one or two times a worker’s annual salary. That’s typically not enough to provide a financial safety net, Dunn says.

A simple way to estimate how much life insurance you need is to multiply your income by the number of years your beneficiaries will need financial support. This calculation can be tricky for freelancers with unpredictable incomes, but they can follow the lead of workers in commission-based jobs like real estate, where monthly income may not be consistent, Dunn says.

He suggests looking at what you earn on average, as well as what people at your skill level in the industry make over time. Once you estimate your annual salary, you can figure out how much your life insurance policy would need to cover if you die.

If you’re unsure of your future needs, Lepore recommends getting a policy that allows you to adjust coverage over time, such as a term life policy you can convert to permanent coverage later.

“The best thing to ever do is get at least one policy going,” Lepore says, “because that can confirm your eligibility at a later time in your life if you decide you need more coverage.”

Changes to how Americans shop for life insurance

Traditionally, getting life insurance can take several weeks and often requires a medical exam. “With all the technology today, the younger generation can't wrap their minds around it taking 45 days to get a policy in force,” Dunn says.

Some insurers have already responded to this issue by using big data algorithms to process applications online in minutes. So if you’re looking for fast coverage, these products may be your best bet. However, whether you shop online or not, the type of life insurance you buy should align with your overall coverage goals.

Permanent policies, such as whole life, generally stay in force until you die and include an investment account. You can withdraw or borrow against the policy’s cash value while you’re still alive. The growing popularity of digital investments can make traditional whole life policies less enticing as investment opportunities to the younger generations, Dunn says. If you just want your life insurance to cover your death and not act as an investment vehicle, you may want to consider term life insurance . Term life covers you for a set number of years, does not have an investment component, tends to be less expensive than permanent policies and is typically sufficient for most people.

This article was written by NerdWallet and was originally published by The Associated Press.

MICHELLE SMITH 4 weeks ago
previous post next post
We use cookies to ensure that we give you the best experience on our website. If you continue to use this site we will assume that you are happy with it. Ok